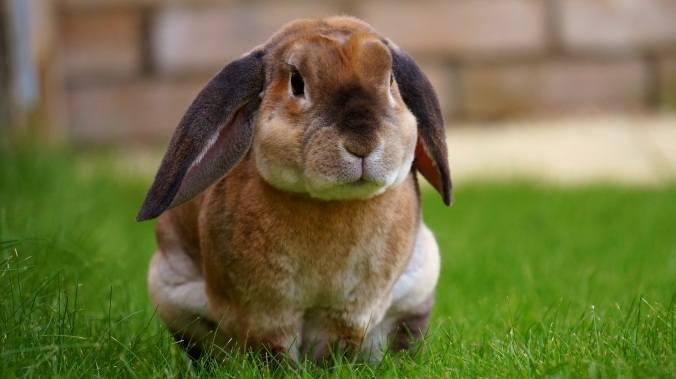 Tim Gunn the two-year-old Siamese mix and Columbo the one-year-old Saint Bernard have joined forces for the first time in their lives. While their owners have hoped the two pets would live in suburban peace together, it was violent intent that brought the two together. For weeks, Columbo’s large heavily jowled head has been seen bent towards Tim’s small silvery head, as they have plotted how to destroy a mutual enemy: the Easter Bunny.

“If he hops his fluffy tail in here, I will eat him,” said Columbo.

“It is a well-documented fact that rabbits are unsanitary,” Tim added. “They don’t have the decency to use a litter box like a cat or the consideration to do their business outdoors like a dog. Also, they have fleas, which they then pass on to well-groomed domestic animals.”

“And he not only imports fleas, but brings in unhealthy foods that have been scientifically proven to cause both obesity and cavities in humans. Any cat can tell you that a fat, cavity-ridden human cannot fill a feline’s food bowl as quickly as a healthy human can,” the cat concluded.

Their research has consisted of watching Home Alone on repeat and analyzing which booby traps seem most reproducible. They have managed to collect materials for five booby traps thus far.

If booby traps fail, the cat has a second plan. Tim Gunn has been spotted pulling out Mastering the Art of French Cooking and leaving it open to rabbit recipes. It seems he would most like to see the Easter Bunny in a pâté.